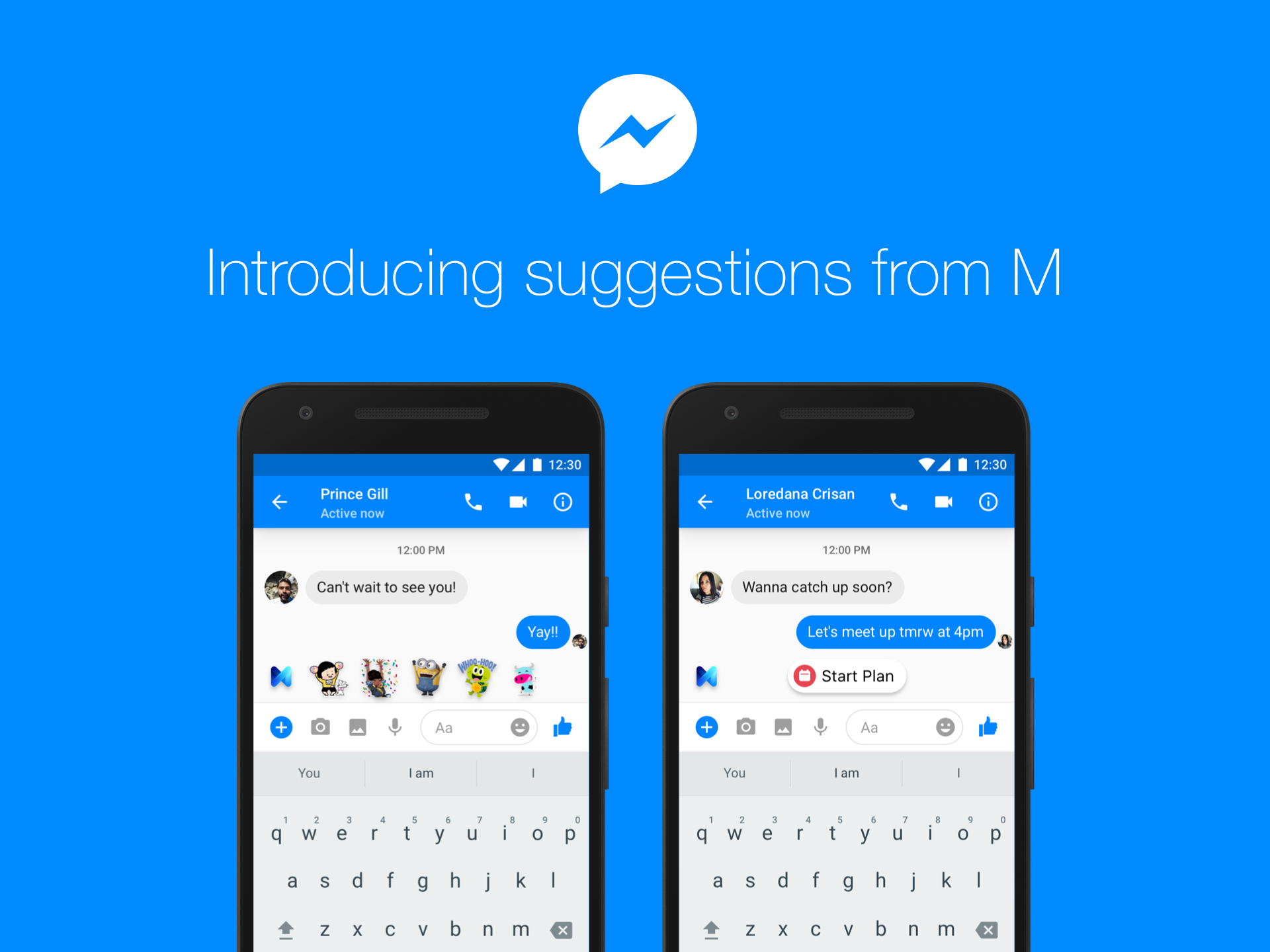 Update on October 10, 2017: M suggestions are now available to all Messenger users in Brazil and Portugal. With M, people in these countries will be able to send stickers, share their location, start a poll (in group conversations), wish people a happy birthday and initiate voice and video calls.

Update on September 21, 2017: M has added a couple more skills to their repertoire and starting today will be making the following new suggestions to Messenger users in the United States:

Update on August 15, 2017: M suggestions are now available to all Messenger users in Australia, Canada, South Africa and the United Kingdom. With the help of M, people across these regions will be able to send stickers, share their location, make a plan, start a poll (in group conversations), save content, wish people a happy birthday and initiate voice and video calls.

Update on June 27, 2017: M has learned some new skills and starting today will be making three new suggestions to Messenger users in the United States:

Also starting today, M suggestions will be rolling out in Spain and available in both English and Spanish.

Update on June 13, 2017: M Suggestions is now bilingual and available in both English and Spanish, to Messenger users in the United States and Mexico. M will be able to provide suggestions in the Spanish language, such as sending stickers, sharing your location and making plans.

Today we’re excited to announce the launch of suggestions from M to everyone in the US. M is your helpful assistant in Messenger, powered by artificial intelligence. M offers suggestions by popping into an open conversation to suggest relevant content and capabilities to enrich the way people communicate and get things done.

When we announced M over a year ago, it was a small AI experiment powered by humans that could fulfill almost any request. We learned a lot and these interactions have enabled us to build a completely automated version of M that suggests helpful actions in your chat, exposing features people may not have known were available right in Messenger. Suggestions from M has been testing with a small percentage of users for the past few months — and it has been a great success — today we’re expanding it to all Messenger users in the US.

Suggestions from M appear when it recognizes intent in a conversation and initially will include the following actions:

M relies on AI machine learning techniques. It suggests relevant actions to help manage conversations or help get things done. We are bringing the power of M’s AI technology to support and enhance the Messenger experience and make it more useful, personal and seamless. To experience M, simply chat with a friend or a group as you normally would. M may make a suggestion in a conversation relevant to one of the core actions listed above, and then the M logo and suggestion will appear — it’s that simple. And M learns: the more you use it, the more it can help. You always have the option to ignore or dismiss a suggestion if it’s not helpful, and if you don’t want M’s assistance you can easily mute it in M settings.

As suggestions from M start to roll out to users in the US, Messenger users across the globe will also start to see a redesigned way to compose messages. This update offers an easier way to access and discover Messenger features like our rich visual messaging tools and the ability to quickly share content like video and images directly from the text composer with a long press. We’re also adding a “More” tab to more easily access Messenger features such as Games, Payments, Share Location and Rides.

M is launching today to all iOS and Android users in the US and will eventually roll out to other countries. But this is just the beginning for M… expect to see more and more AI-powered, delightful and relevant experiences improving Messenger for you, every day. We hope that suggestions from M are just the start of what a proactive, helpful and useful assistant can offer to the 1 billion people who use Messenger each month. 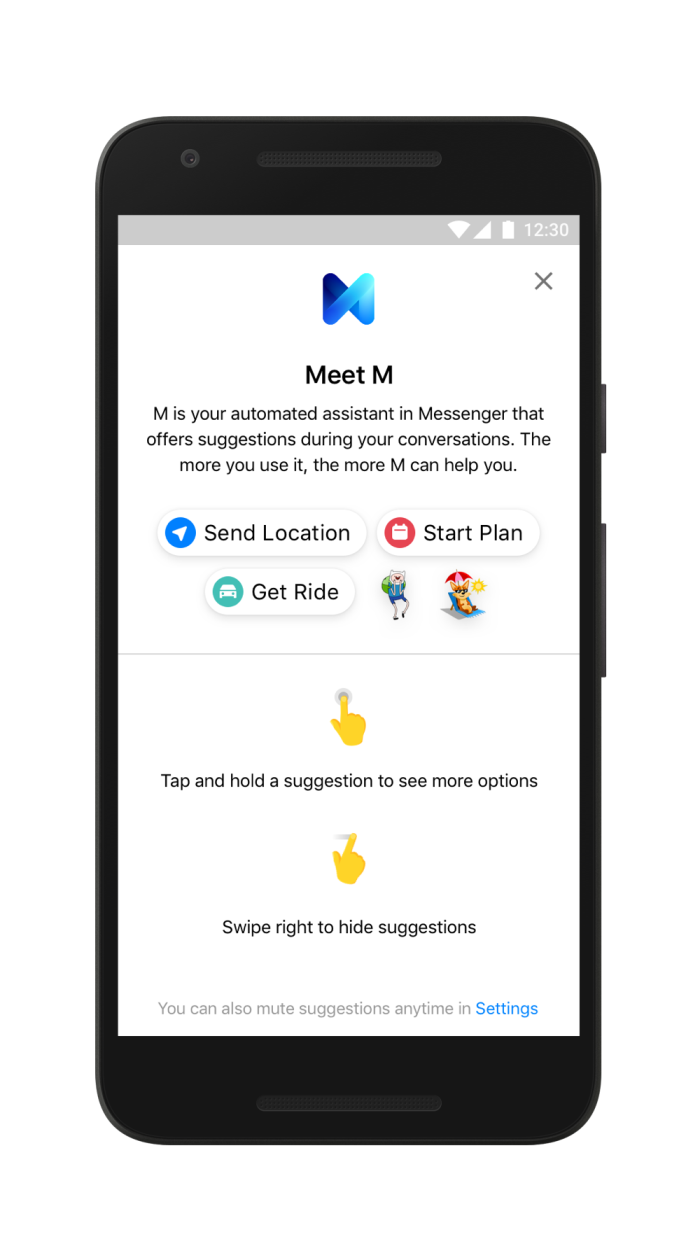