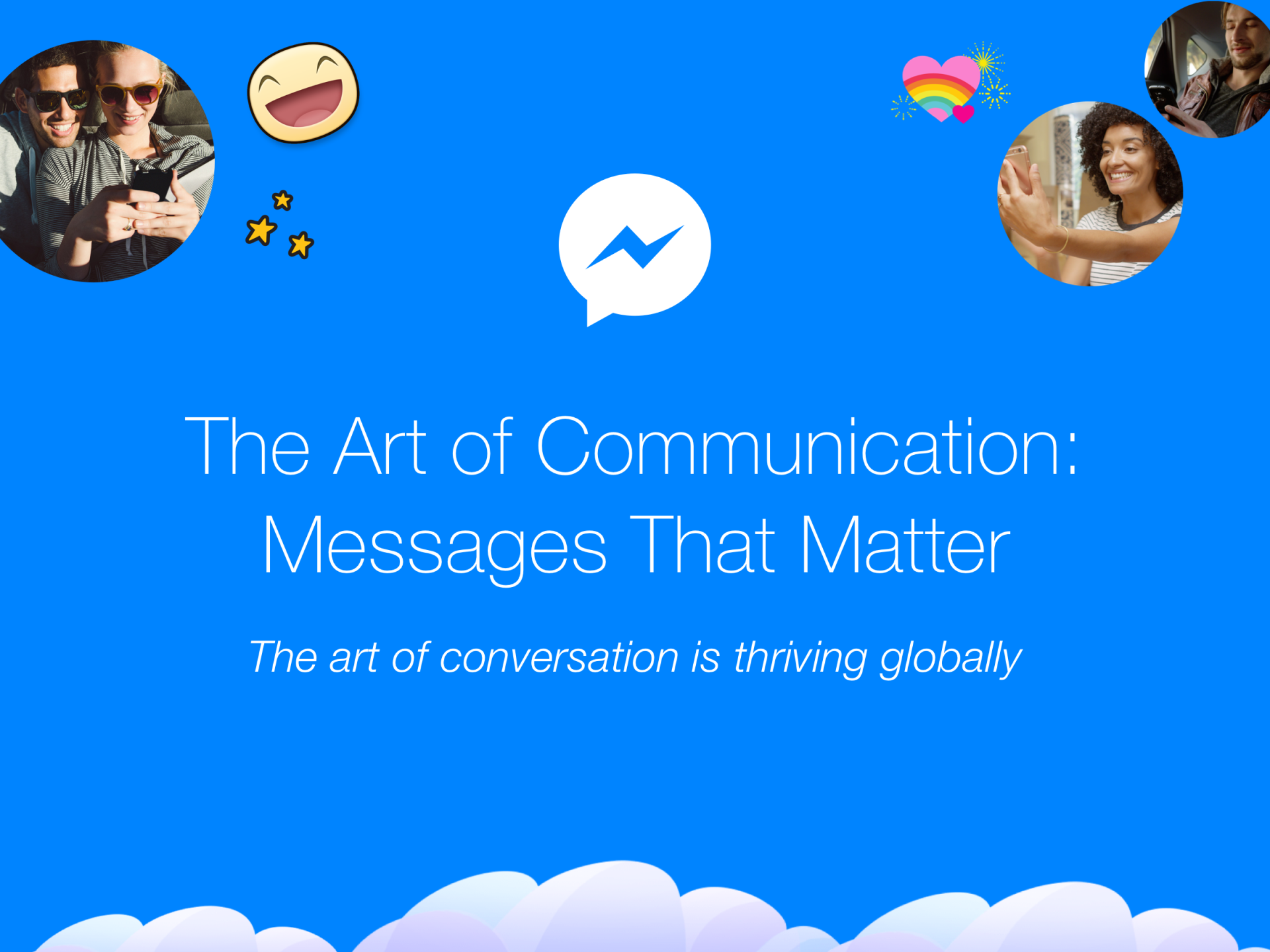 December 3rd 2017 marks the 25th anniversary of the first SMS text message ever sent. In case you were wondering, it was a simple greeting dispatched by software engineer Neil Papworth. Cell phones were much larger, and connection times were much longer. Since that pivotal moment, technology has changed, and alongside it the art of conversation has evolved immensely. Billions of people now use messaging as their preferred way to connect with the people and businesses they care about, from sending a note to tell someone you miss them to sharing an inside joke; from wishing someone a happy birthday to saying you’re thinking of them during a tough time.

We know messaging is more important than ever. In fact, 80 percent of adults and 91 percent of teens message every day, according to a recent study we commissioned. With more technology in our hands, we have the ability to connect and share with people across the globe – more than any other generation.

At Messenger, we believe in the power of messages to make meaningful connections. We believe in their power to engage and unite the people who make use of them. With this study, we wanted to dig deeper into how our global conversation has evolved and get a glimpse of where it is going, plus understand if some commonly believed myths were true. What we found is that messaging turns out to be not a wedge, but instead a bridge bringing us closer together.

Now let’s explore some of the key trends and takeaways from the study.

More Devices Lead to More Communication
Some believe that the digital age has its tradeoffs in communication. But our study reveals that the diverse toolkit of channels available has improved and deepened the way people connect with others.

Sidebar Conversations Strengthen Relationships
Sidebar conversations – the secret non-verbal chats we have on our phones whilst in meetings, at dinners, watching TV shows – get a bad rap. Our research tells us they are on the rise and taking place around the world. Naturally, they must be serving a purpose. So what is it? We learned that the “sidebar” is drawing more people together, facilitating close relationships and promoting intimacy.

A New Language of Hieroglyphics
Human history has shown that images are worth more than words. With the rise of visual-based communication, we’re returning to more visual expressions driven by a desire for intimacy in a hectic world with an urgent need to release emotions. This is reflected in a new vocabulary of emojis, GIFs and camera-based messaging, which is making us more expressive than ever before.

Keeping in Touch Thrives as Never Before
Many report that messaging has replaced other forms of communication in their lives. But across the world, face-to-face conversations continue to rise, suggesting that there may be a correlation between more messaging and greater in-person connections.

People Are Finding Their Authentic Voices
For some people – particularly those less comfortable with other forms of communication – messaging opens up doors to more authentic dialogues. Our study shows that messaging removes filters and an emotional burden. People are bolder, more impulsive and more honest when they communicate. This, the survey results suggest, leads to more authentic conversations.

With the future of messaging looking more promising than ever, we hope you continue to use Messenger to connect with the people you care about most.