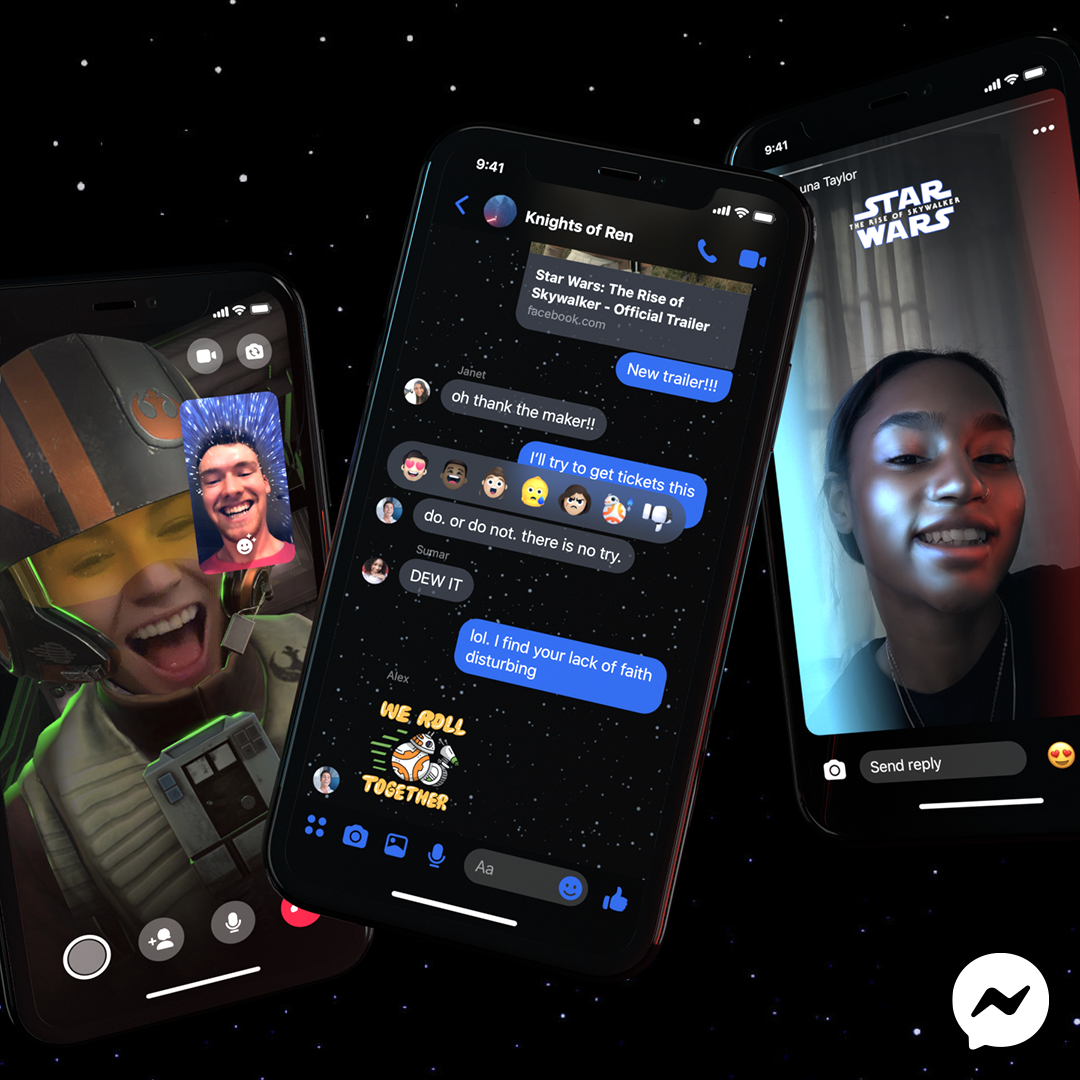 Excited, we are, to celebrate the premiere of Star Wars: The Rise of Skywalker, by giving fans the opportunity to share their passion for the movie through a series of limited-edition Messenger features that include a chat theme, reactions, stickers, and AR effects.

Designed in partnership with Disney, the features bring the Star Wars galaxy to your very own Messenger chats. The Reactions and Stickers allow you to express yourself using all of your favorite Star Wars: The Rise of Skywalker characters, from both sides of the Force. 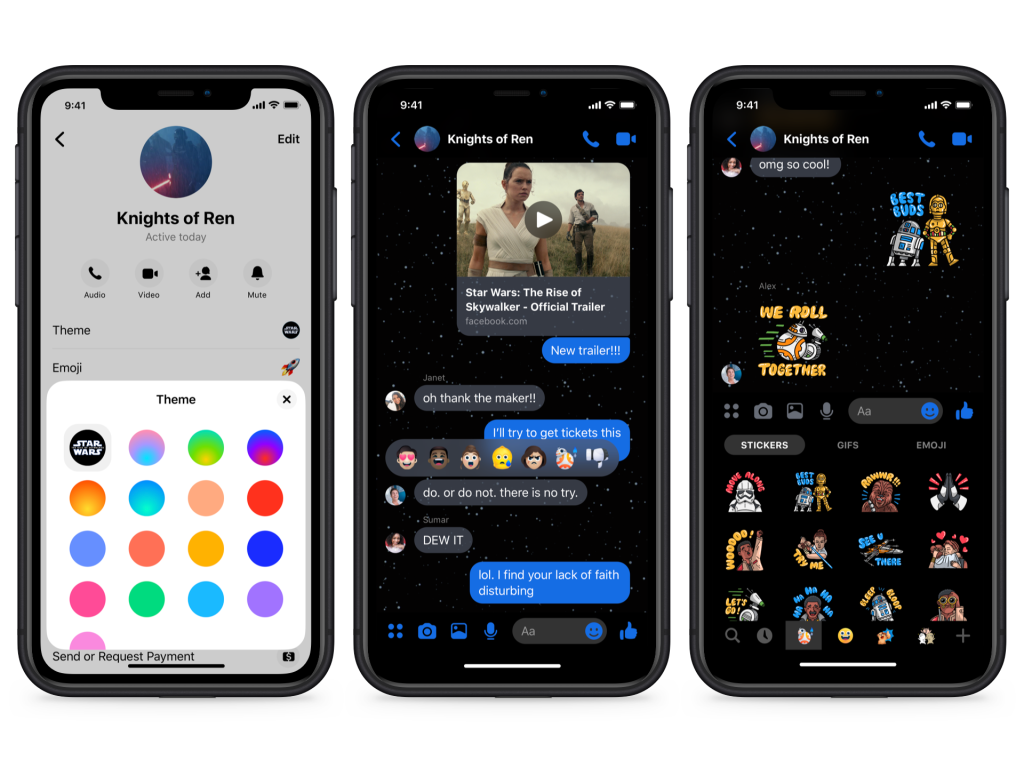 We’ve also teamed up with Disney to create limited-edition AR Effects that will have you feeling like you’re a part of the galactic action when you’re making Messenger video calls and taking photos using the Messenger camera. First, jump into hyperspace and travel to a whole new world with the Lightspeed Effect. Then, you’ll be able to see yourself as part of the Resistance, gliding through the galaxies in Poe Dameron’s X-Wing with the Cockpit Effect. And don’t forget about the battle of the Dark vs. Light side of the Force! Now, you can use the Dark vs. Light Effect to choose your side. 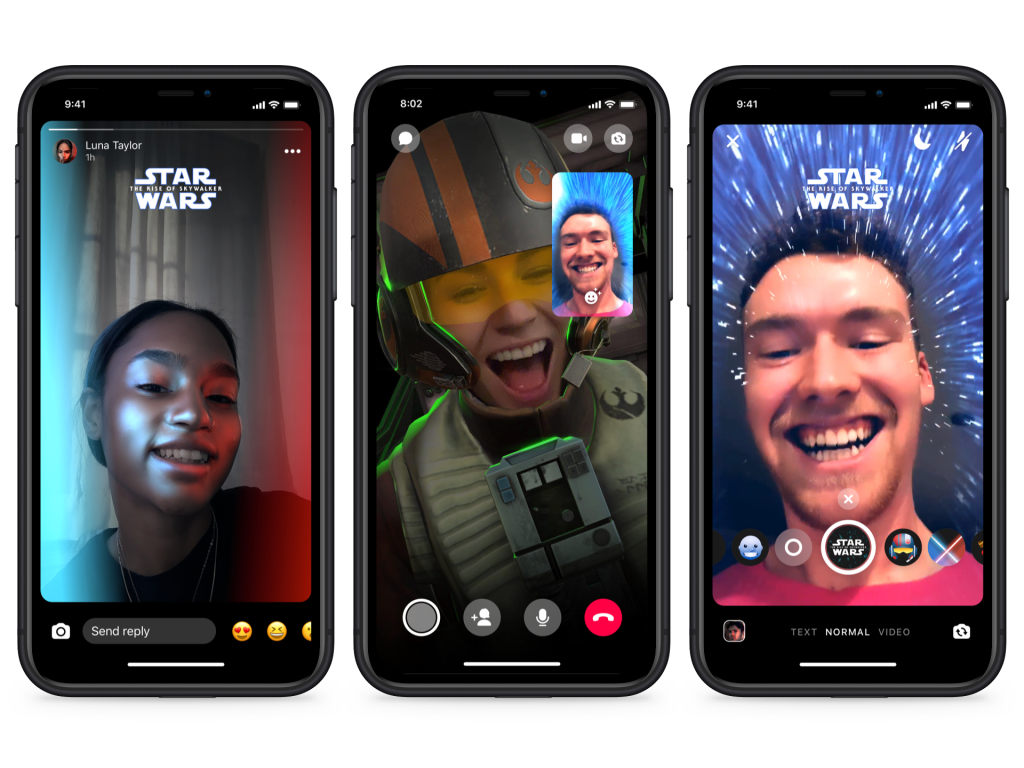 Messenger brings a community of over 1 billion users closer to the people, places, and passions they care about. We are thrilled to be partnering with Disney as they premiere the final installment in the Skywalker saga, one of the most beloved movie franchises of all time.

May the force be with you!