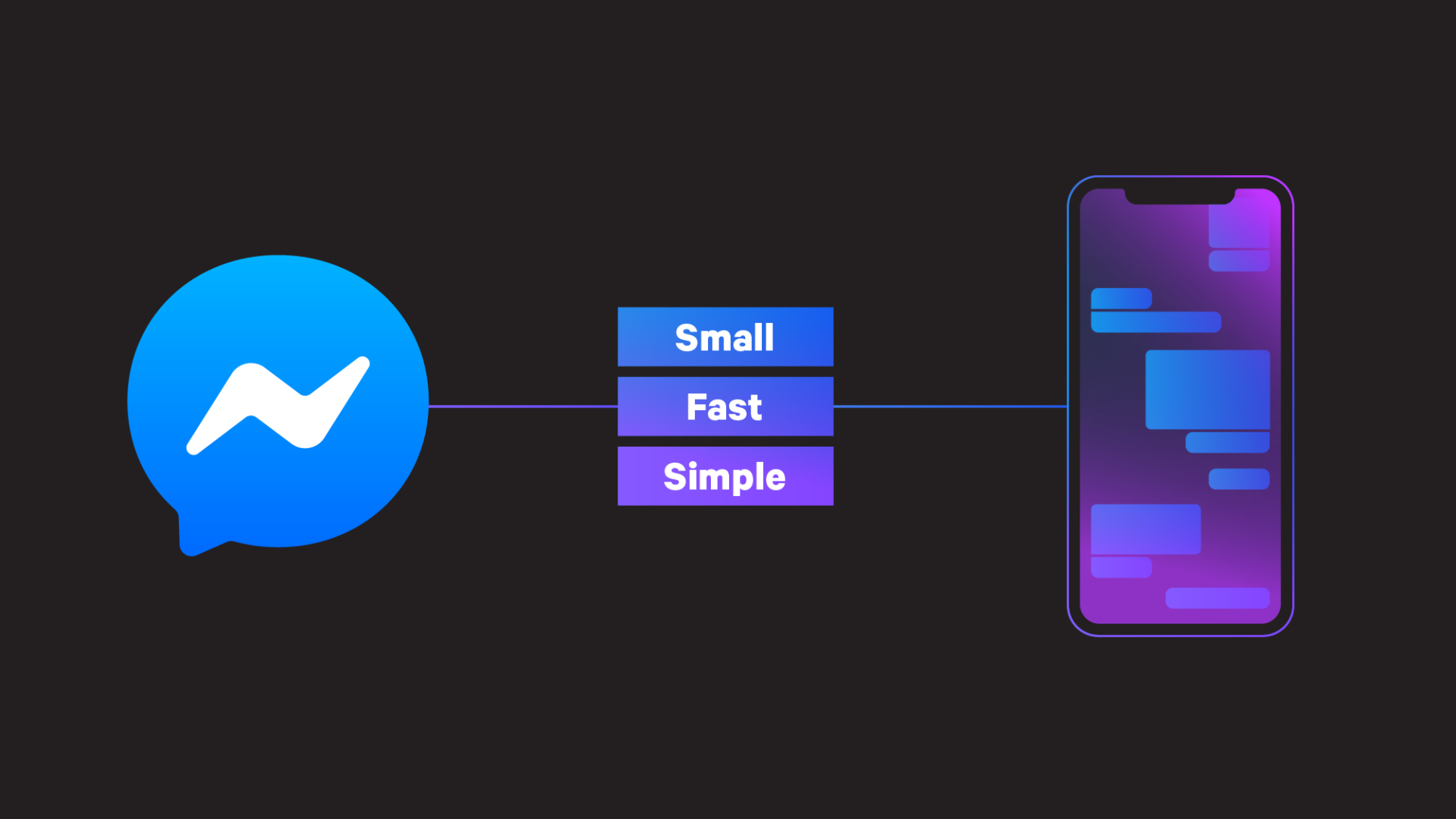 When Messenger first became its own app in 2011, our goal was to build a messaging experience rich with features. We added video calling, GIFs, location sharing and more. And while people enjoyed these features, the app became harder to navigate and the architecture became increasingly complex.

People turn to messaging apps throughout the day to stay in touch with the people they care about so it’s important the app loads quickly and is simple to use. On the heels of Messenger 4, we started a journey to simplify and redesign Messenger, internally called Project LightSpeed, and now we’ve rebuilt the iOS app from the ground up. Starting today, we are rolling out a faster, smaller, and simpler Messenger on iOS over the next few weeks. Messenger will load twice as fast1 and will be one-fourth its original size2.

We know how much speed and reliability matter when you’re having conversations with family and friends throughout the day, so we redesigned the app with those in mind.

Simplifying our iOS app to make it faster and smaller was no easy feat when more than one billion people rely on Messenger. We reduced Messenger’s core code by 84 percent – going from 1.7+ million lines of code to 360,000 – and we rebuilt our features to fit a new simplified infrastructure. Fewer lines of code makes the app lighter and more responsive, and a streamlined code base means engineers can innovate more quickly. As part of the rebuild, a few features will be temporarily unavailable, but we’re working to bring them back soon.

LightSpeed not only makes the app faster, smaller, and simpler for our users, it also lays the foundation to fulfill our vision for private messaging and interoperability across apps, allowing us to scale our messaging experience in the future.

You can read more about how we rebuilt Messenger in our Engineering blog.

1. Compared to the previous version of Messenger on iOS, according to internal tests and using production data

2. Compared to the previous version of Messenger on iOS