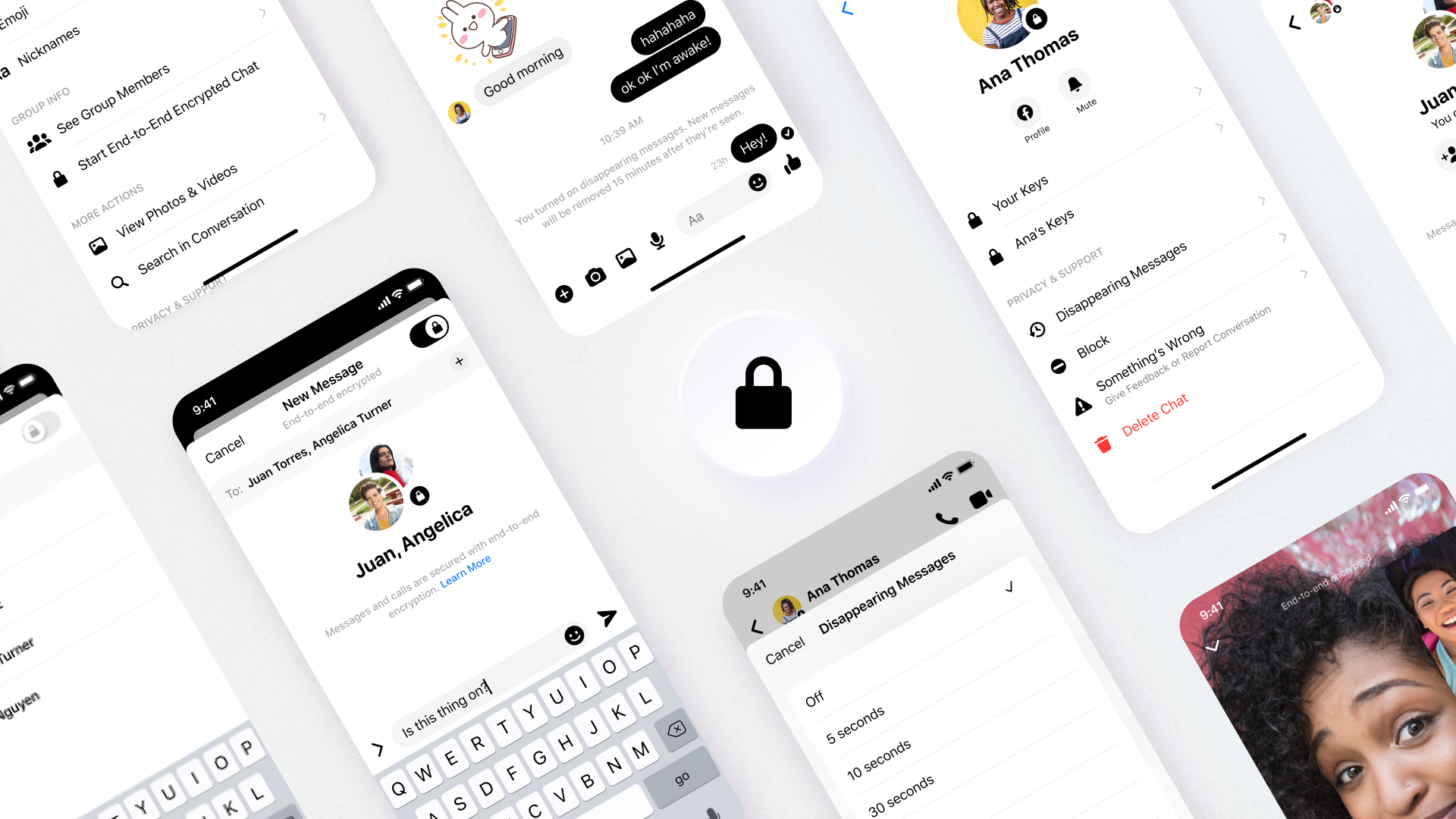 Today, we’re rolling out the option to make voice and video calls end-to-end encrypted on Messenger, along with updated controls for disappearing messages. People expect their messaging apps to be secure and private, and with these new features, we’re giving them more control over how private they want their calls and chats to be. 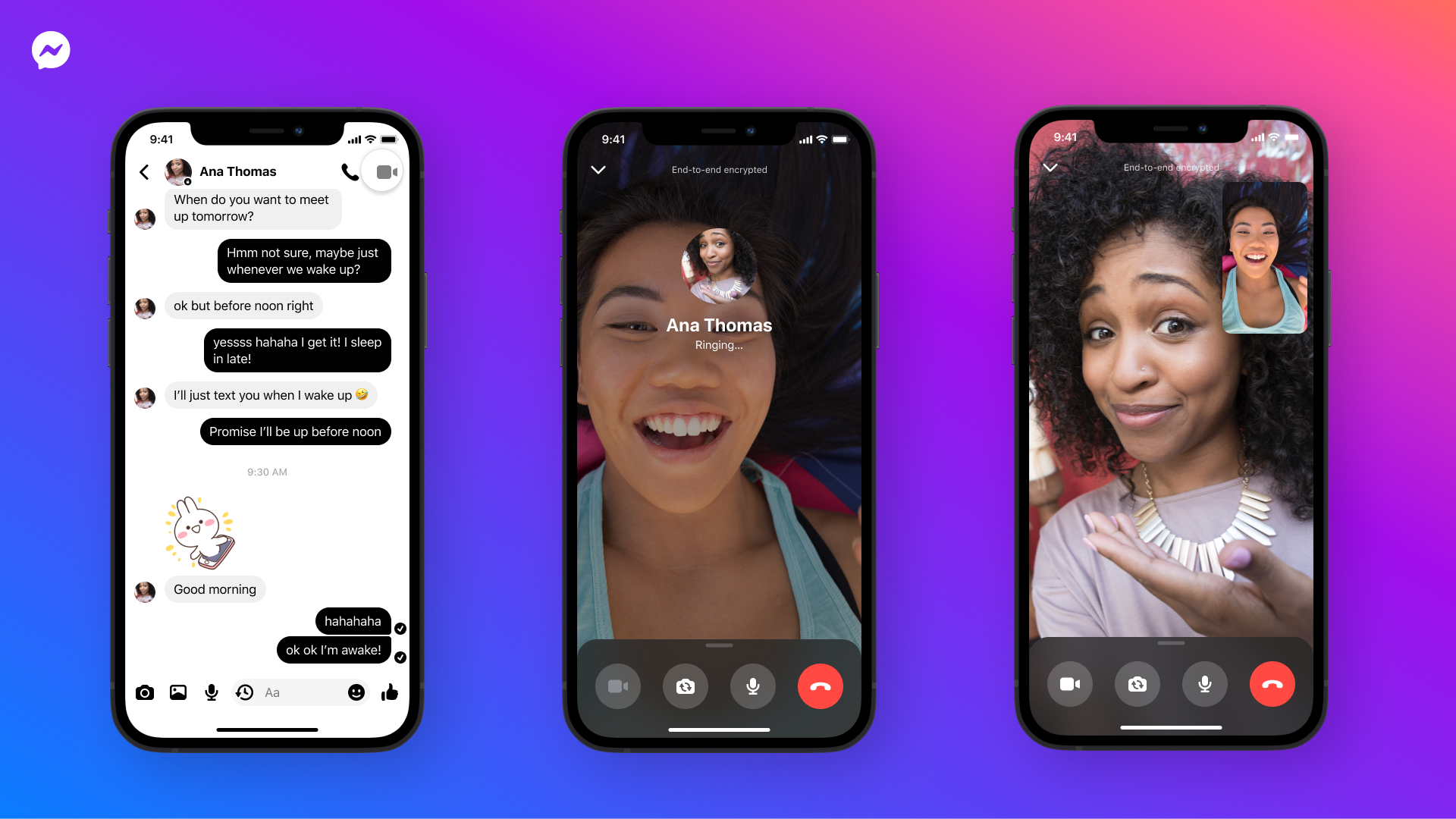 End-to-end encryption is already widely used by apps like WhatsApp to keep personal conversations safe from hackers and criminals. It’s becoming the industry standard and works like a lock and key, where just you and the people in the chat or call have access to the conversation. The content of your messages and calls in an end-to-end encrypted conversation is protected from the moment it leaves your device to the moment it reaches the receiver’s device. This means that nobody else, including Facebook, can see or listen to what’s sent or said. Keep in mind, you can report an end-to-end encrypted message to us if something’s wrong.

Updated controls over Disappearing Messages. We’ve also updated the expiring message feature within our end-to-end encrypted chats. People don’t always want or need their messages to stick around and the timer controls let someone decide when their messages expire in the chat. We’ve updated this setting to provide more options for people in the chat to choose the amount of time before all new messages disappear, from as few as 5 seconds to as long as 24 hours. 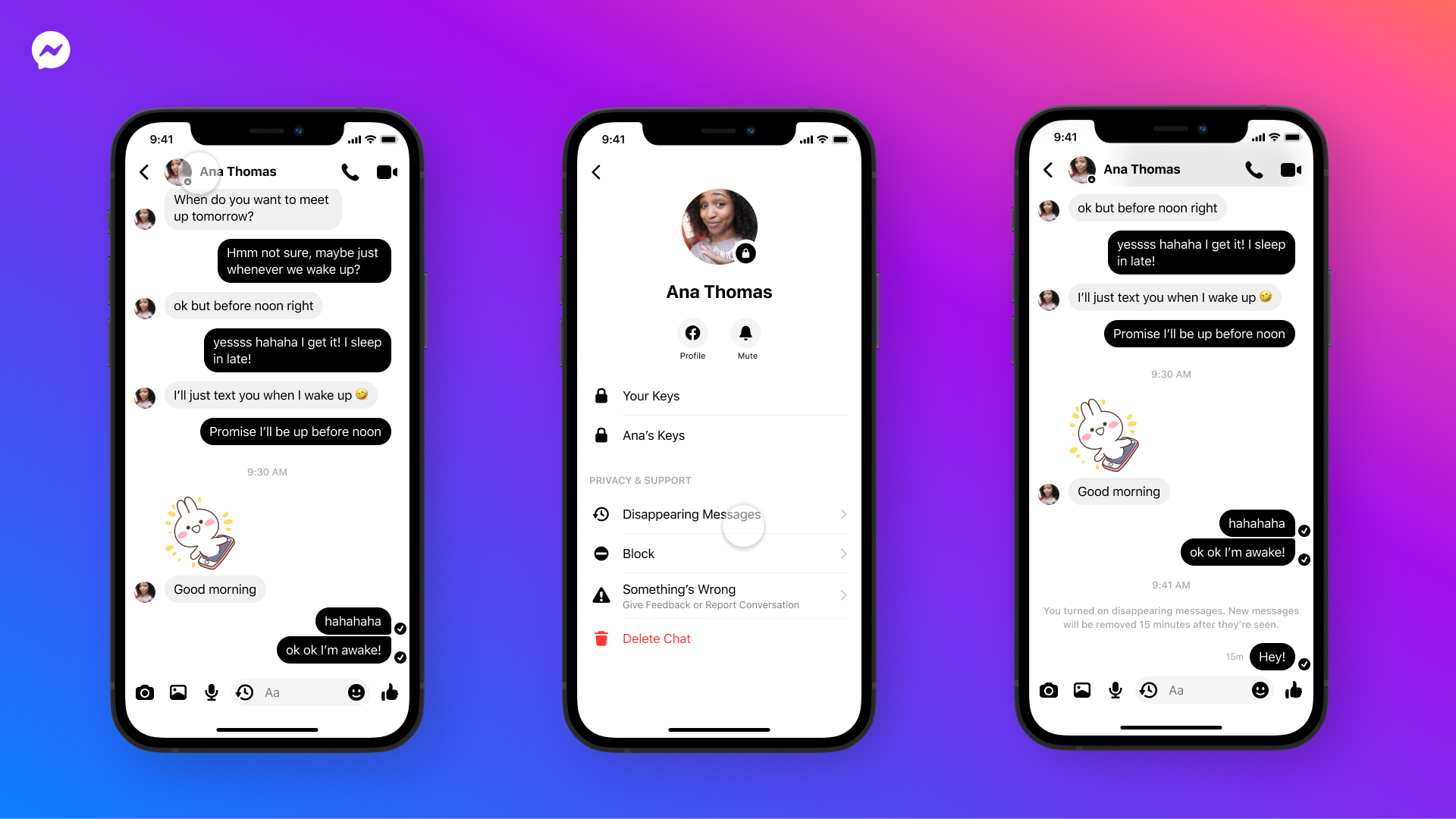 In the coming weeks, some people may get access to more test features within these fully encrypted chats that give people greater privacy and security in their conversations.

End-to-end encrypted group chats and calls in Messenger. We’ll begin testing end-to-end encryption for group chats, including voice and video calls, for friends and family that already have an existing chat thread or are already connected. We’ll also begin a test for your delivery controls to work with your end-to-end encrypted chats. That way, you can prevent unwanted interactions by deciding who can reach your chats list, who goes to your requests folder, and who can’t message you at all.

Opt-in end-to-end encryption for Instagram DMs. We’ll also kick off a limited test with adults in certain countries that lets them opt-in to end-to-end encrypted messages and calls for one-on-one conversations on Instagram. Similar to how Messenger works today, you need to have an existing chat or be following each other to start an end-to-end encrypted DM. As always, you can block someone you don’t want to talk to or report something to us if it doesn’t seem right.

For more information on these and other features, visit our Privacy and Safety Hub at www.messenger.com/privacy.